As most readers are aware, the basic rule for determining the term for a US patent is 20 years from the effective filing date. That date is the earlier of:

After you determine the earlier of the two dates calculated from the above rule, there are several variables that can affect whether that 20 year term is the actual expiration date, including a) Patent Term Adjustment (PTA), which is a mechanism whereby the term of the patent can be extended beyond the statutory 20 years and is determined by the PTO, b)maintenance fee payments, which are due on approximately the 4th, 8th and 12th anniversaries of the ISSUE DATE of the patent and failure to pay any of those fees within the statutory grace period will immediately cause the patent to become abandoned, or c) Terminal Disclaimers, which are filings made by a patent attorney that ties the patent term to the term of an earlier, related patent such that both patents expire on the statutory date of expiration of the earlier filed patent. There are several points that must be considered to determine the applicability of the terminal disclaimer:

It is interesting to note that, in the final example above, if Patent A ended up with an issue date of March 1, 2010, then maintenance fees would be due on March 1, 2014, March 1, 2018 and March 1, 2022 (a date that occurs after the expiration under the TD). In almost every case like that which I have seen (quite a few more than most people think), the PTO issues the maintenance fee notice for the 12th anniversary and the patentee has paid it! This is despite the fact that, based on the terminal disclaimer, the patent term has expired! As of this writing, we are not aware of any infringement suit where this issue has been raised as a defense, so it is still an open question as to how courts would rule on the matter.

Because terminal disclaimers are largely an administrative filing made as part of a larger response and because the terminal disclaimer expiration date is no longer published on the face of the issued patent, there are hundreds, if not thousands, of granted US patents whose date of expiration is much earlier than the patent rights holder may think. Such a miscalculation can result in various negative consequences including loss of licensing revenue, overpayment of maintenance fees and, worst of all, the inability to successfully pursue patent infringers.

Do you have concerns?

Let Drake & Associates analyze your patent portfolio to identify and address weaknesses like this before you find out the hard way! 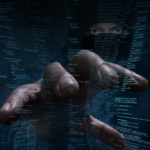